I often use a storage belt around my waist to bring with me energy bars, gels, phones, plastics etc. Some also have a drink bottle.
Four months ago, I received a UltrAspire belly belt specially designed for use in the dark. The belt has a lantern, two-piece, with a large, practical and practical pocket for phone or equivalent on the back and a pocket on the right side that fits well with gels, extra batteries, etc.

The belt is made of netting resembling molecular and a yellow elastic band around the body, as well as reflector and adjustment straps on each side. The belt is fastened with a hook in a hem on the left side which again is well padded above the body.

smell on the stomach

What's new to me and especially with this belt is the lantern that is mounted in the front of the stomach. The lamp is cylindrical, 10 cm long and 10 cm in circumference. The cylinder contains the battery of the lamp and is mounted horizontally on the belt with a light bulb in the middle of the stomach. The entire stage weighs 26 grams and the light is powered by a rechargeable lithium battery (18650 3.7V) that can be charged directly via a USB cable. The actual brightness of 600 ANSI lumens, well spread at 180 °, can be dimmed down in three steps to save power and additionally flashing SOS. At maximum brightness, it must have a capacity of 8 hours.

The belt I think is a little cumbersome to attach with a plastic hook that is in a hard hat on the other part. But when the belt is attached around the body it is very good and comfortable to move around. The pockets are easily accessible with rubber cuffs on the zipper. 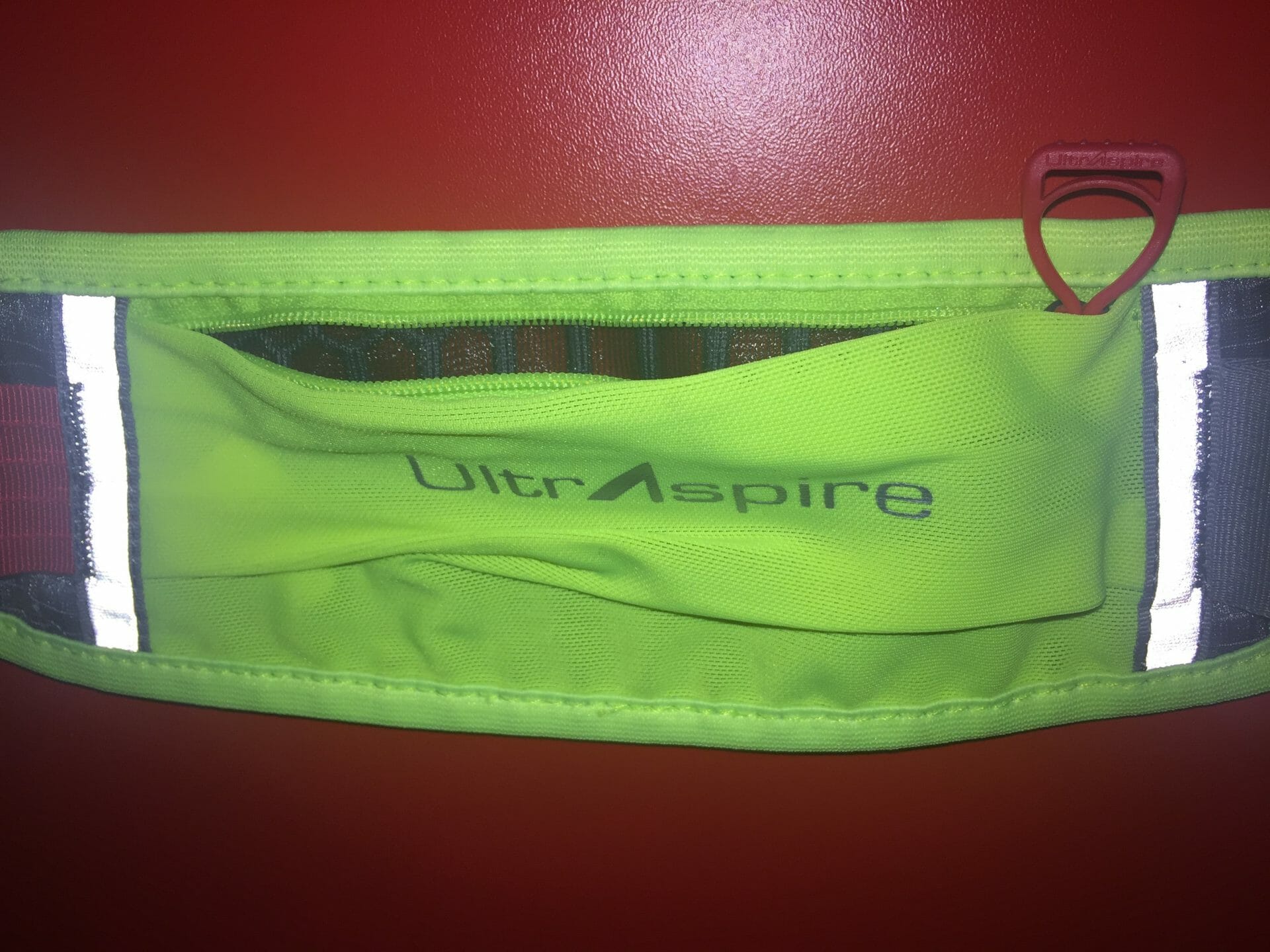 The light from the lamp can be adjusted up and down by rotating the cylinder to get the desired focus and length.
For first time use in the dark and as the sunbathing most, I dim the light to save power. I compensated this by adjusting the cylinder so it became a nice sharp light skier in a short distance ahead of me. When I started running in the dark, the light was dancing a lot and it was difficult to have a good pace. I turned the lamp back on 600 ANSI lumens and quietened the light beam more horizontally and then it became another "dance". The beam of light had a good spread that was comfortable to run without having the sense of tunnel vision that often occurs with headlamps.

I used to use the lantern on rides in the woods, technical training with spikes and training with roller skates. The smell was especially correct when I used it for training on roller skates where I use a helmet that does not always have a headlamp. On roller skates there are softer movements on asphalt and straight lines as opposed to fast movements and curves in the woods.
The beam of light beam is much lower than on a headlamp and the light beam is more horizontal. The beam of light sheds a more horizontal shadow and makes it easier to see the contours on the ground than with a headlamp. Being able to see contours and edges in the terrain using roller skates is extremely important as it is faster than running and harder to stop.

When I run in a very untidy woodland outside the trail, I prefer to use headlamp. The basis is that a headlamp follows the light skull, the head and the movements of the eye, which is required in tough forest terrain. The disadvantage is to have something "heavy" attached to the head and frostbite from the mouth that inhibits the field of vision.
You can buy the belt from the Scandinavian agent The Good Karma Company  who gladly send packages to Norway. Remember to request the package you should have sent with "Sports Equipment", as this is still the case toll free.