Yukon Arctic Ultra, 300 miles boasts of being "The Hardest and Coldest Ultra Race in the World". Two years ago it was +3 celsius and this year (2018) the long-term forecast was reported -20 celsius for the race days.
I chose to include three types of winter running shoes placed on a temperature scale of 0 to colder than -10, but in combination with good grip, "much" sole and comfort. The competition would last up to eight days, 483 kilometers in a very hilly terrain, along river rivers and over lakes. In addition, the participants should each pull their own sledge of about twenty kilos.

When I want running shoes for winter use, I'd like to choose a number bigger for the following reasons:

This was the plan and selection of shoes I had with Yukon:

"Altra Lone Peak Mid is the shoe you love"

I have many beautiful, advanced and expensive socks in different fabric compositions, but over time I have had two favorites. These are simple and "reasonable" running trousers in merino wool that fit well on the foot from Inov8 and 'fingerpants'  Injinji.
I also had a couple Extra well insulated soles for use in cold or when the others became moist / wet. When I swapped out on my way, I put the damp underneath the jacket, so they were both dried and heated by my body heat.
I have tested out "gaiters" and gaiters in many variations and have good preferences. For a single day race, Inov-8 has a couple of good to warm gaiters that cover well over the ankles that I use, but for stage runs like this were a pair of low gaiters for ski boots best suited.
.

The day course started, the temperature was -37 days and continued down to -54. We had an average temperature of -43 during the six days we ran. Altra Lone Peak 3.0 Mid was chosen and I bought a pair of lightweight Salomon winter boots as a spare in the drop-bag. At startup I observed four to five people who had also chosen Lone Peak Mid as running shoes.
Later on the first racing day, I arrived at a checkpoint that was a type of "mountain room" and the finish line for marathon dance. The entrance hall was on five squares where there was registration of all marathon practitioners, 100 and 300 miles and where we had to take out outerwear and shoes. Inside it was serving hot food where most took a little break. Here we discussed the choice of equipment and how pleased I was with the choice of running shoes that were hot, dry and good. 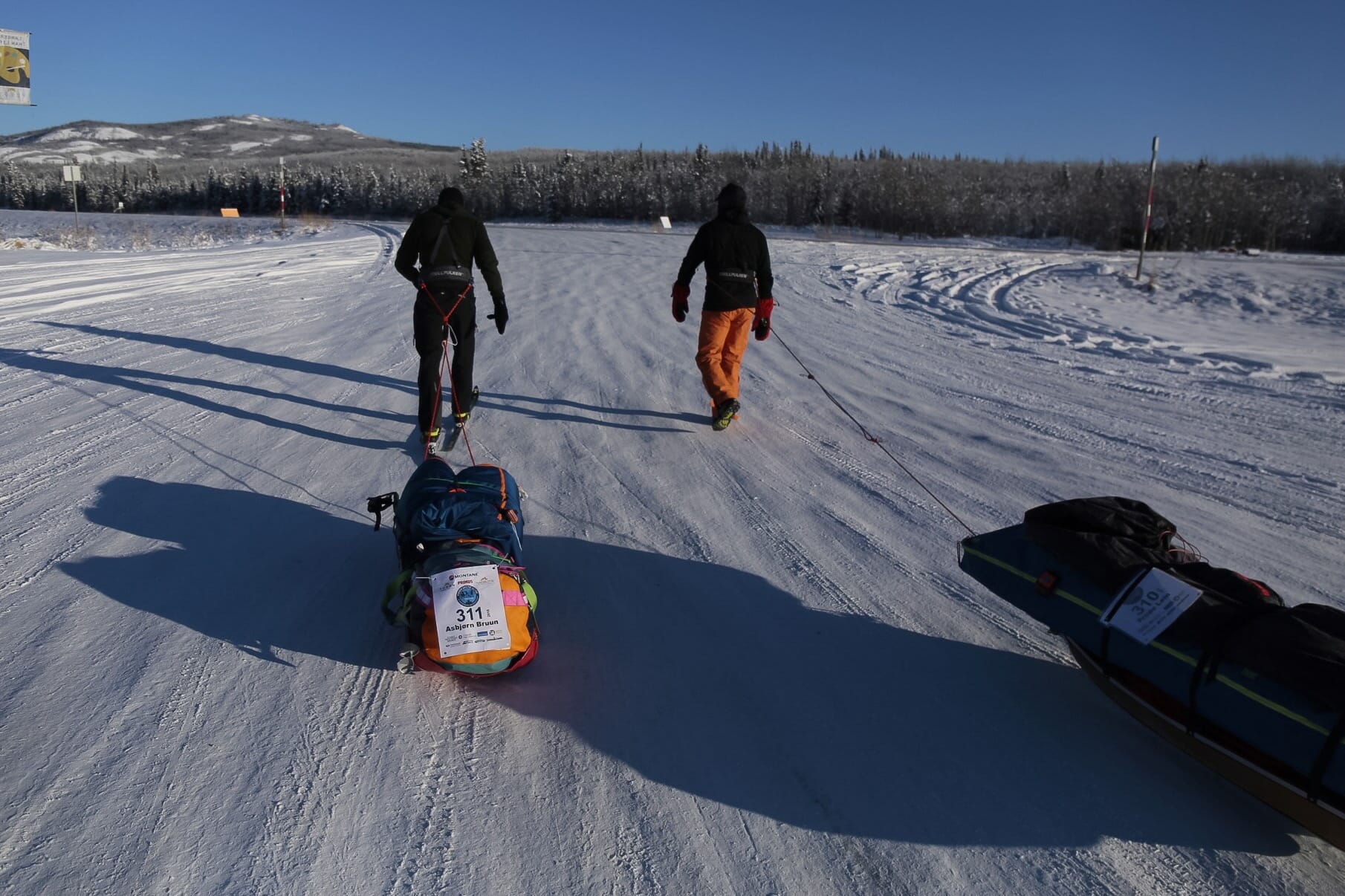 As I continued, someone had exchanged my new and dry Lone Peak with an older couple who were well used and soaked, but the same size. I got a bit pissed off, but got the help of the organizer to pick up spare shoes from Salomon. The organizer got both dried and returned the "old" Lone Peak the day after. With thicker spare shoes that would withstand more cold I froze through the night. The upper part of the skate did not breathe well and the condensation becomes ice in the shoe. Because of the shoe design and a nail that I lost in the Himalayas the month before, I got a little blink on a toe.

The next day I got back a few dry, but "well-used" Lone Peak - They sat on their legs for the rest of the day. The organizer had tried to find the "lucky" who had taken the wrong shoes, but no luck.
Along the way I swapped, something that was not particularly successful as Altra has a wide fog like "normal" soles fail to fill in the sides.
The padded ankle support on the Altra Lone Peak 3.0 Mid gave a very good support in the rugged terrain with untouched twists due to the fact that I had a slip on a tow.

Altra Lone Peak 3.0 Mid was absolutely fantastic for this task and in this cold.

Tips for footwear for long runs in cold

It is extra important to take care of the legs in the cold. Mucous ulcers, inflammation and blisters are over time. It does not make an amputation of a toe or foot.

Take care of your legs. Teeth that become amputated do not grow again.

Some ugly examples from other participants in Yukon Arctic Ultra that were "unfortunate":