I have rainwear from most leading suppliers and have help to test them in Nordic conditions. In addition, some garments have been running in areas from Antarctica, up the Himalayas and north to Lofoten and Lyngsalpene.
Here are some items that might be nice to think about when buying the next rain and wind jacket.

You probably have experience with jackets that stick to your body when you start getting hot on a run. Some jackets breathe better than others and this often depends on waterproofness. If you want to be dry on your body, look for good air conditioning on the jacket and the fabric of the jacket. It does not have to be the fabric itself, but the vent hole, zipper under your arms.
A jacket with reduced waterproofness dries faster when you open and allow air to circulate when you run. Salomon's jackets in this context have a nice button at the chest height inside the zipper, so that the jacket stays together even when opening the zipper. 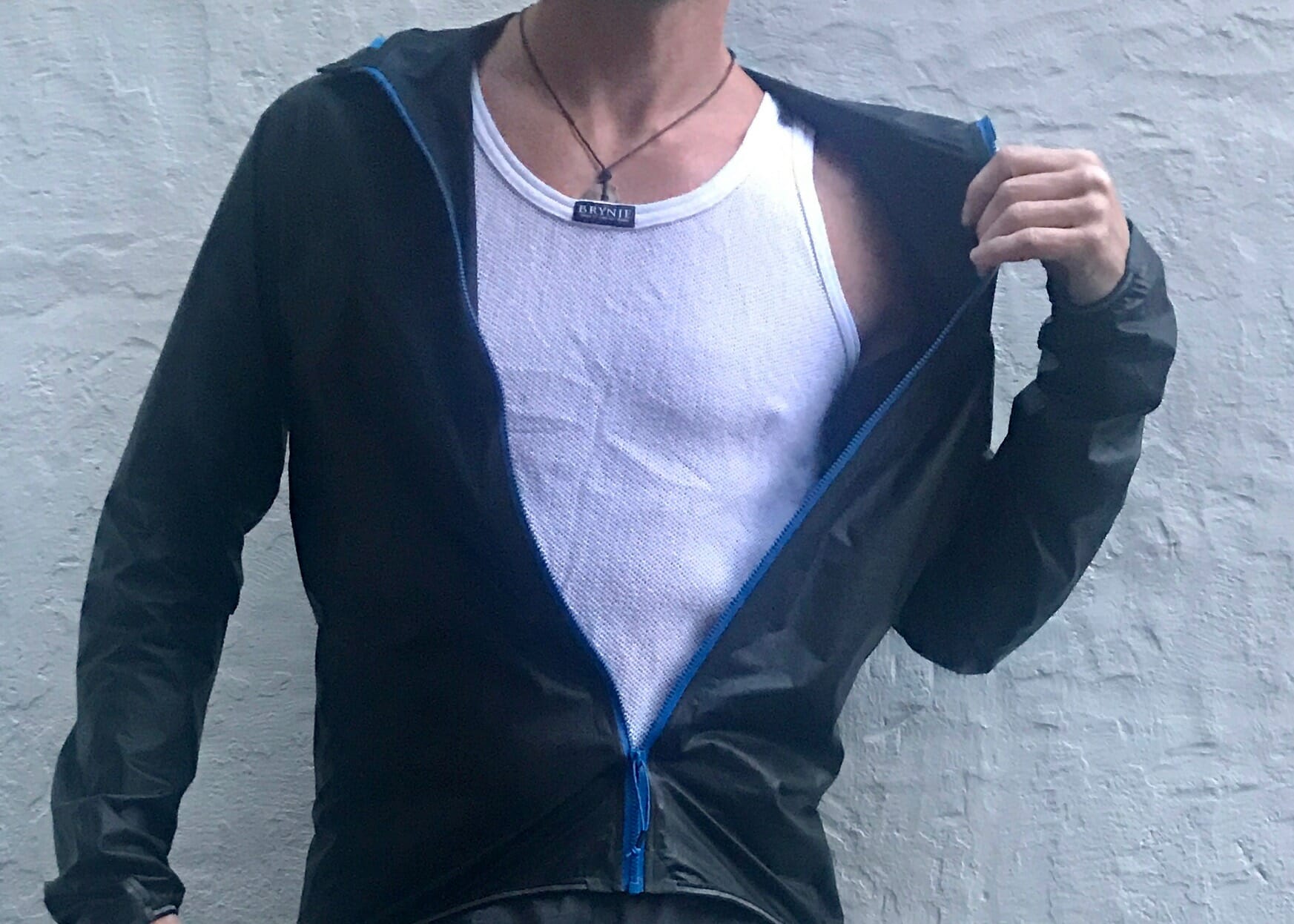 Nike has produced jackets with small rubber daughter on the inside to create air between the jacket and the body. I prefer to use short and long lingerie from Brynje to transport sweat away from the body. The air pockets provide a good temperature and circulation between the body and the jacket.

At the same speed as the legs, the arms move themselves as well. The shell material, such as Gore ONE Gore-Tex uses, is stiffness that creates unnecessarily much noise. In particular, this is noted by the use of hood and it is almost impossible to hear any car traffic. But sound also makes the ultra-lightweight jacket from Montbell.

At the other end of the scale we have Arc'teryx Norvan which has a unique and amazing fabric that is "silent" and not labeled on the body by motion.

Zippers that go up the throat should "swing" to the side of adamseple. Salomon has dissolved 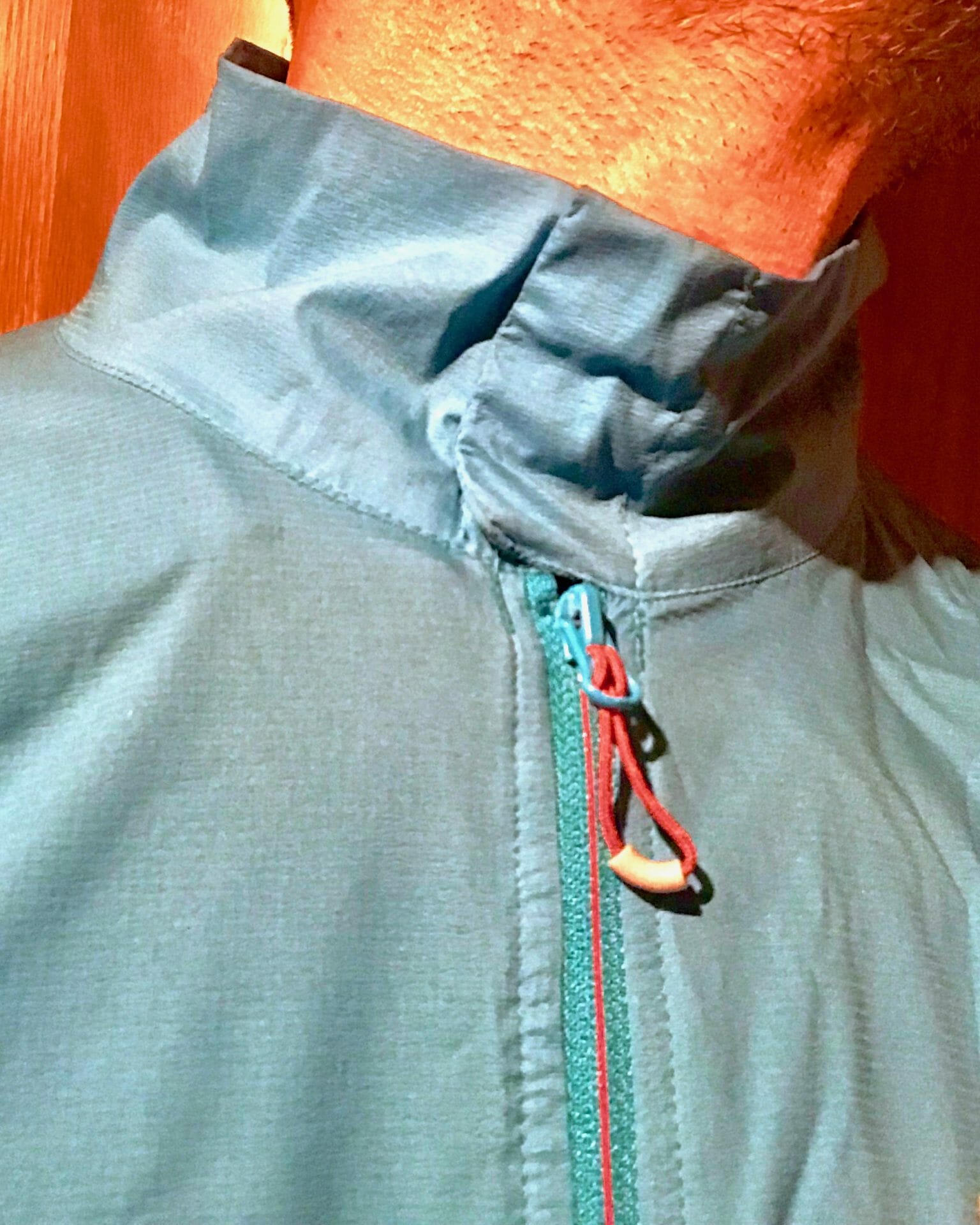 This challenge in a fantastic way with magnets the last centimeters up the throat.
A hood should have a neck that is so long that the hood follows when you turn your head. This has OMM Aether Smock loosely good and in addition it has a good sunbreak.
The most perfect hot solution is the Salomon s-lab Hybrid that has. The fabric is silent, the neck is long, the hood has a headband on the inside and a small brake in the front.

Wearing the jacket on vest or sack will save you a lot of wear. If you run a bag, Altra's rain jacket is amazing. It is stored in a small "backpack" with a belt around the waist when not used. At rain / wind, open the bag, put hands into the arms of the jacket and stab the head through the hood. Then the jacket is locked with a velcro around the waist with a large hole on the back for the bag to protrude. The jacket is not suitable for the vest. 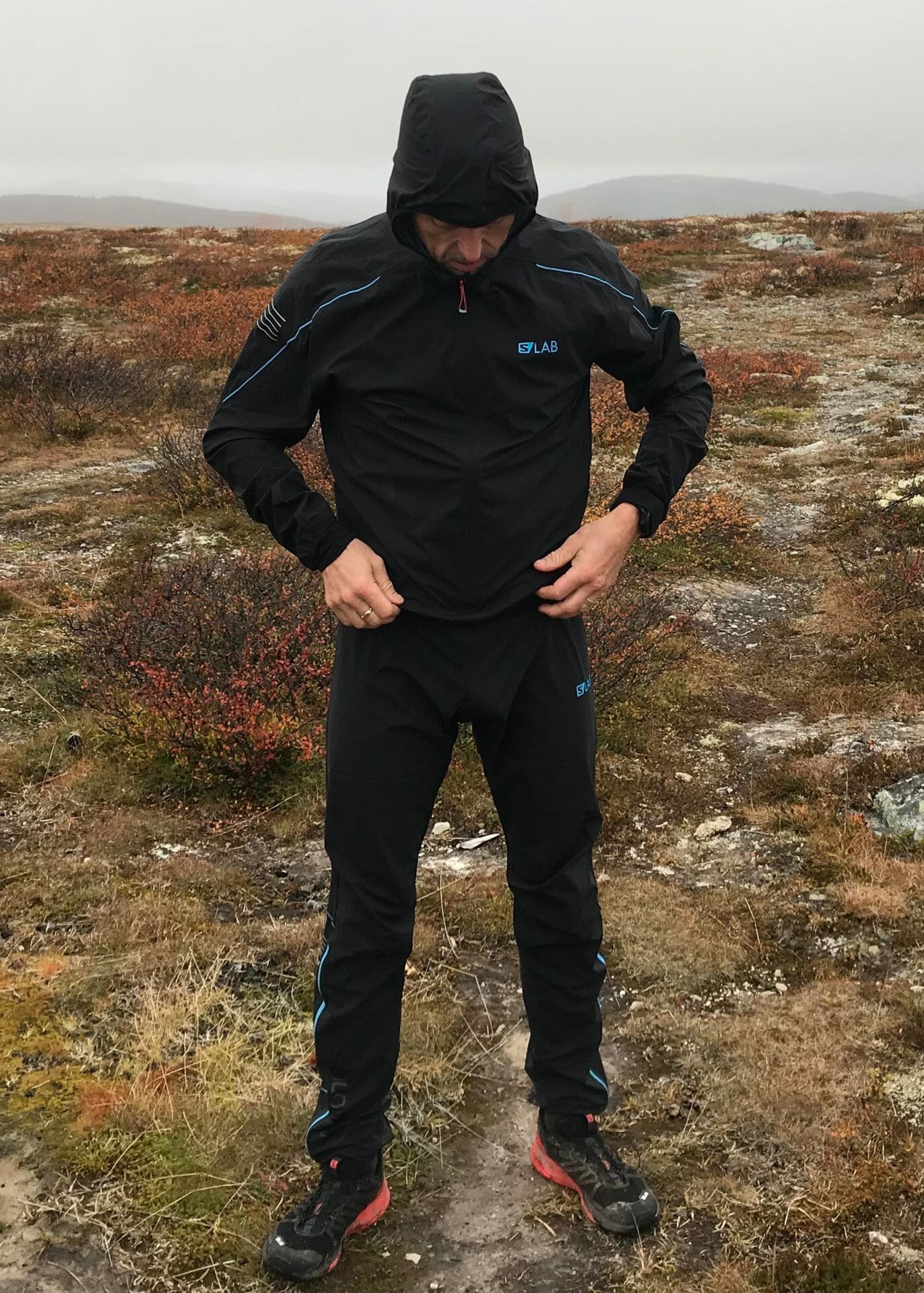 The Salomon s-lab Hybrid is designed with a spacious and elastic fabric in the back to allow you to have a vest or a backpack under the jacket.

With commuting arms and especially those using spikes will notice if the jackets are too short. Then the shoulder fabric and the rest of the jacket wander on the body in line with the arms. The Salomon s-lab Hybrid has cuffs at the bottom of the arms that are good but wears quickly. 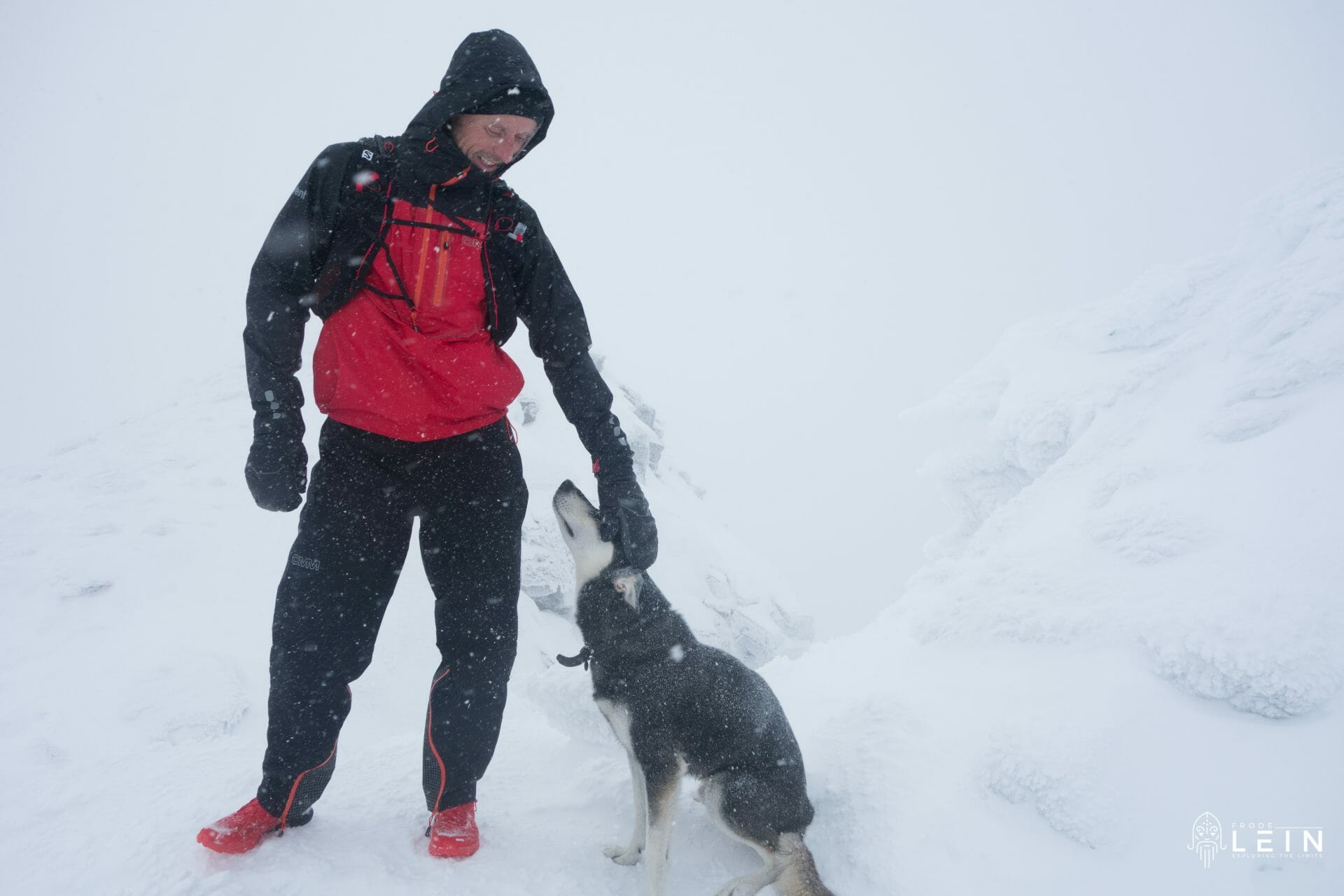 OMM Aether Smock has extra long arms that hold well over the bones of the hand and also have tie straps around the thumb. In this way the jackets cover the hand's most exposed points.

Many jackets lack pockets and something can certainly be explained by reduced waterproofness in an already very thin fabric. Some have solved this with glue and a piece of cloth on the inside so we can bring an energy bar, phone or electricity
Pockets should, like on Salomon Fast Wing Aero, be at chest level to reduce the content "jumping" up and down. The zippers should have straps that make it easy to pull up and down.